Torpin Screen Company is San Diego’s premiere screen installation and repair service provider. Take a look around and see what we can do for you.

Each piece of Touchstone Crystal jewelry is uniquely designed with first quality Swarovski crystals and innovations and is sold exclusively through our Independent Sales Consultants.

In every Touchstone crystal accessory shines Swarovski crystal, giving each chic jewelry piece its signature sparkle.Beauty, as the saying goes, is in the eye of the beholder. Above and beyond subjective perception, the quality and value of crystal can be determined by the criteria outlined below in the 5 C’s of Swarovski Crystal.

We use only genuine, first-grade Swarovski Crystals, Pearls and Zirconia in all of our Touchstone products. Our LBD line features Swarovski Zirconia, the finest simulated diamond in the world, matching the brilliance of the Tolkowsky diamond. Shop our LBD Collection 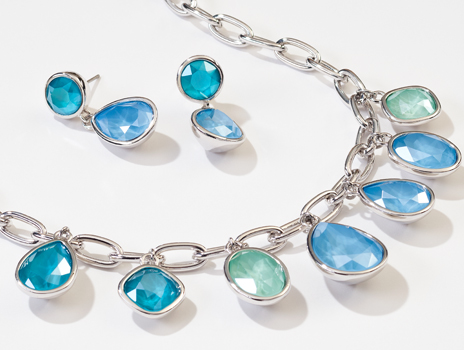 Straight from our trend experts in Paris & Milan, you’ll find Swarovski’s most innovative and cutting-edge stones, colors and techniques in all of our collections. From Crystal Rocks to Crystal Fabric to Pointiage, many of our jewels feature breakthrough techniques and approaches exclusive to Swarovski.

Our jewels are made completely by hand. Each stone is hand set-including every tiny pavé crystal, and most surfaces are hand polished.

All other collections are made from a brass or white metal base that is plated in rhodium, palladium, gold, or antiqued silver or bronze. Rhodium is a highly prized precious metal; palladium is part of the platinum family of metals and we plate with 18-karat gold or higher. Touchstone Crystal jewelry contains no nickel, lead or cadmium.

Our Quality testing matches that done for Swarovski, and is supported by Swarovski teams around the world. Testing is conducted for corrosion, perspiration, ‘pulling’ and more; inspection is conducted after manufacturing and when items arrive at our facilities for packaging and shipping. Tractor Supply Company is the largest operator of rural lifestyle retail stores in the United States. The company operates over 1,600 retail stores in 49 states, employs more than 24,000 team members and is headquartered in Brentwood, Tenn. Its stock is traded on the NASDAQ exchange under the symbol “TSCO”.

The company was founded in 1938 as a mail order catalog business offering tractor parts to America’s family farmers. Today Tractor Supply is a leading edge retailer with annual revenues of approximately $6.8 billion.

Tractor Supply stores are located primarily in towns outlying major metropolitan markets and in rural communities. The typical Tractor Supply store has about 15,500 square feet of selling space inside, with a similar amount of outside space.

Tractor Supply is continuing to grow with new stores and improved product offerings. The Tractor Supply mission and values motivate and inspire team members and give the organization a unified focus for the future.

As specialists in Industrial Pressure Washing for over twenty years, we pride ourselves in providing clients with professional service, guaranteed quality, and the highest level of efficiency.

Turbo Clean provides pressure washing services to heavily traveled commercial areas. We specialize in cleaning concrete, roofs, and siding, removing dirt and grime while maintaining the integrity of paint and the building.Using a technique called “soft washing,” we clean buildings at a very low pressure, which is much less harmful to buildings and the surrounding environment than high pressure washing.Discounts are also given for new customers, making now the perfect time to try Turbo Clean for your pressure washing needs!

AFTER HOURS & SATURDAY
AVAILABLE BY APPOINTMENT

Whatever he does in life, Dr. Richard Turpin is firm, positive and enthusiastic in his approach. This positive energy applied to Chiropractic, ensures a bright future for the health of his patients and the community at large.

Richard was born in Winnipeg Manitoba, Canada and has lived in San Diego since 1959, where he received his primary and secondary education. After graduating from Granite Hills High School, Richard served six years (three years active, three years inactive) with the United States Army. He completed medic training at Fort Sam Houston, Texas and was subsequently awarded a certificate of medical proficiency from the Army. Richard Turpin received his certificate in Naturalization from the United States on January 7, 1977.

In 1982, Richard received the National Board of Chiropractic Examiners Diplomat certificate. After graduation from Los Angeles College of Chiropractic, he interned at the Whittier Health Center in Los Angeles. As of January 1985, Dr. Richard Turpin was licensed to practice Chiropractic in Arizona and California. He then established Turpin Chiropractic   in Ramona, CA, where he continues to successfully treat his patients to the present time.

Dr. Turpin constantly strives to improve and update his knowledge in the field of Chiropractic, and completed the Industrial Disability Examiners certificate in 1994. Also, he was appointed as a Qualified Medical Examiner for Workers Compensation Disability Evaluation in 1996. Dr. Turpin’s success in treating his patients results from his strong and positive commitment to their health and well-being, his extensive experience, and continuing education in the field.

Richard Turpin’s personal good health and success can be attributed foremost to a positive and energetic outlook on life. He enjoys flying, hiking, and biking.   He can be found almost everyday hiking Mt. Woodson during his lunch break.  Some of his major hikes include Half Dome, Mt. Whitney, Mt. Shasta, and the Grand Canyon.  He also finds time in his busy schedule to fly Cessna and Beechcraft type aircraft, and has more than 1476 hours of cockpit time. He received his private pilot rating in December of 1991, earned his instrument rating in May of 1998, and received his commercial single engine certification in November of 1999. Dr. Turpin received his commercial multi-engine rating in June of 2006.

Dr. Turpin is a firm believer in the unique worth of every individual. His conviction in the incredible healing power of the body and the unique power of chiropractic is of immeasurable value to those in his care.

Turtle Rock Ridge is a Ramona winery located in the beautiful back country of San Diego county. Our name was inspired by our very own granite monolith that towers above our vineyard. Our wines are made from the very best grapes grown both in our vineyard and sourced locally within the Ramona and California wine region. We feature a selection of red and white wines, and have a velvety smooth port style wine called “Chocolate Turtle”. We are very proud to share the fact that many of our wines have won awards.
When you are here be sure to inquire about our complementary winery tours; experience everything you ever wanted to know about how wine is made. We have both indoor and outdoor seating and encourage you to bring a picnic lunch to enjoy with our wines. At Turtle Rock Ridge Vineyard Winery you are sure to find a great glass of wine, a welcoming smile and a beautiful view. Come and spend some quality time with us!

At the heart of all great wines are great winemakers. Meet Turtle Rock Ridge Winery’s owners and winemakers Laurie and Ian…

Whether you’re a first-time visitor to the Ramona Valley or a seasoned wine lover who travels here often, we know you’ll find something to love at Turtle Rock Ridge Vineyard and Winery.

Have you always wondered where wine comes from? Well here is your chance to get the full tour with us. We will show you the process by which our wines are made…

ULM Media is a digital media company catering to small business, local/independent bands, and radio stations. We work with shows like SDSR Live, RTR In The Mornings, Food Obs Radio, Truth in the Mirror, and 50 shades of America. Plus multiple radio stations.

We accept independent music submissions for radio play on air and on recorded shows. We also distribute these submissions through various radio stations we work with in an attempt to get you radio play all over the world.

Over the years, the SBA has developed many small business loan and assistance programs, special outreach efforts and initiatives to aid and inform small businesses. The following describes briefly all the services and information available through this office:

– Financial assistance for new or existing businesses through guaranteed loans made by area bank and non-bank lenders.
– Free counseling, advice and information on starting, better operating or expanding a small business through (SCORE) Counselors to America’s Small Business.
– Assistance to businesses owned and controlled by socially and economically disadvantaged individuals through the Minority Enterprise Development Program.
– Women’s Business Ownership Representatives are available to advise women business owners.
– Special loan programs are available for businesses involved in international trade.
– If you’re a veteran, you can get business counseling and information about SBA guaranteed loans.

Unyeway believes that all people with disabilities have the right to a meaningful, quality life. We respect the dignity of all individuals and strive to positively support the physical, cognitive, vocational, ethical, psychological, social, cultural , and spiritual aspects of their lives.

Individuals who participate in one of Unyeway’s Success Programs are encouraged to take an active role in setting his or her goals and objectives for their future. This helps them become increasingly independent.
More information and pictures … 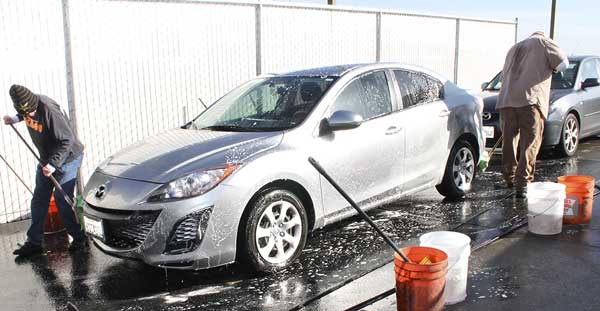 Opportunities are available for individuals to work at Unyeway’s production center, with a business partner, performing a community service job, or independently.
More information and pictures …

Old fashioned ice cream made from the best, using natural ingredients to satisfy your sweet tooth with a twist of Michoacan!

We provide veterinary services for every stage in your pet’s life, from her first shots to a lifetime of preventive care to keep her happy and healthy.

Our services don’t end at our hospital doors. As a member of the VCA family, our veterinarians have access to extensive medical resources, not the least of which is the VCA knowledge base, which allows our doctors to tap into the collected knowledge of over 4,000 VCA veterinarians.

At Velocity Paintball Park anyone can play.

We offer separate walk-on games for beginner and advanced players.

We are open every Saturday and Sunday 9am – 4pm for walk-on play. Some holidays too!

The VFW traces its roots back to 1899 when veterans of the Spanish-American War (1898) and the Philippine Insurrection (1899-1902) founded local organizations to secure rights and benefits for their service: Many arrived home wounded or sick. There was no medical care or veterans’ pension for them,and they were left to care for themselves.

In their misery, some of these veterans banded together and formed organizations with what would become known as the Veterans of Foreign Wars of the United States. After chapters were formed in Ohio, Colorado and Pennsylvania, the movement quickly gained momentum. By 1915, membership grew to 5,000; by 1936, membership was almost 200,000.

Since then, the VFW’s voice had been instrumental in establishing the Veterans Administration, creating a GI bill for the 20th century, the development of the national cemetery system and the fight for compensation for Vietnam vets exposed to Agent Orange and for veterans diagnosed with Gulf War Syndrome. In 2008, VFW won a long-fought victory with the passing of a GI Bill for the 21st Century, giving expanded educational benefits to America’s active-duty servicemembers, and members of the Guard and Reserves, fighting in Iraq and Afghanistan.

Besides helping fund the creation of the Vietnam, Korean War, World War II and Women in Military Service memorials, the VFW in 2005 became the first veterans’ organization to contribute to building the new Disabled Veterans for Life Memorial, which opened in November, 2010.

Annually, the 2.1 million members of the VFW and its Auxiliary contribute more than 11 million hours of volunteerism in the community, including participation in Make A Difference Day and National Volunteer Week.

From providing $2.5 million in college scholarships and savings bonds to students every year, to encouraging elevation of the Department of Veterans Affairs to the president’s cabinet, the VFW is there.

The Village is a Real Estate, Home Service, and Community Outreach Center.   We offer full time, part-time and virtual office space to local business professionals that serve and support our community.